Where To Buy Dermestid Beetles Where Can I Buy…

Dermestid Beetles (Hide Beetles or Taxidermy Beetles) and their larvae work for you by cleaning animal carcasses.  In nature, soon after arriving on the scene they are looking for meat to feed on.  These flesh eating beetles otherwise known as Dermestid Beetles work on feeding from the tough leathery hide, drying flesh and organs.

The beetles will eventually strip a carcass bare.  They are used due to their bone cleaning abilities.  If you were wondering The Best Place to Buy Dermestid Beetles? or even Where to Buy Dermestid Beetles?  Our beetles work in museums, universities, laboratories as well as for taxidermists & hunters worldwide.  They are used to clean skulls and skeletons.  We make sure to include all life cycles of Dermestid in your order. 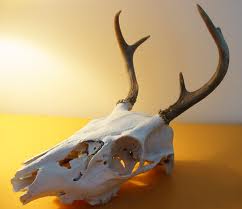 In addition to adult beetles and mature larvae, when you Buy Dermestid Colony, it will come with substrate that includes countless number of eggs and tiny larvae that will mature in short time.  After receiving your new Beetles By RRF,  put your Dermestid Beetles into a plastic bin or tub.

Choose a tub to suit the size of the colony that you will eventually have.  Dermestid Beetles cannot climb well at all especially on smooth plastic. They do not fly at (temperatures below 80-85 F) although they have wings. Ventilation is required.  Simply cut an opening in the plastic lid and replace it with mesh screen.

An inch or two of varied substrate may be used from bran to shredded Paper, A Preferred Bedding Material for Dermestid Beetles is bedding made of Wood Shavings (Never Use Cedar) Use several inches.  This is required for beetles to shelter within, and it provides an excellent medium for eggs to be laid into.  Pieces of styrofoam, wool or cotton are great also for this purpose and the chewed styrofoam will become natural bedding material.

The ideal temperature for Dermestids is 75-85°F although they will tolerate cooler conditions and operate more slowly Heating works with a heat mat, but only place the mat under half of the enclosure to ensure that they do not overheat.  A few Beetles may be able to fly above 80-82 F.

Where to Get Dermestid Beetles.  When we pack your order and ship to you, we include scoops of frass from the feeding area.  This will include numerous uncounted larvae and eggs.  These extra considerations are why you should really consider where to buy dermestid beetles from us.  After you receive your Dermestid Beetles Colony, it will breed continuously all year round in warm conditions.

Provide food, ample dry substrate and warmth.  As long as these are provided, your colony should continue to grow. Adult females will lay hundreds of tiny eggs within the substrate and in crevices around the food source. You will not see the eggs as they are microscopic.

Small larvae will hatch and begin feeding soon after.  Dermestid Larvae eat the most flesh.  As the larvae grow they will shed their skins. Larvae pupate after reaching around 10-12mm. They will remain within the substrate during this stage and come out to feed.

About 60-70 days. (They can complete their life-cycle in 5-7 weeks at temperatures of 75-85°F) Each female beetle may lay hundreds of tiny eggs, and are usually laid on or near their food source.

When you receive your Dermestid Beetles Colony, they will need to be fed for at least 30-45 days before they become a “Hot” colony.  Once they are “hot” they are able to tackle projects like a skull.  Dry or partially dry animal material should be offered. The most important rule when feeding is not to over feed ot allow food to rot and spoil in the enclosure.

Build up the volume of food slowly over time and allow the strength of the colony and its ‘eating power’ to dictate how much food to provide.  You may maintain your beetles in the off season. Maintain the colony with dry materials sold in pet stores.   Dog food (pig or cow ears.) Dermestid Beetles consume some moist flesh hwever, it should be kept to a minimum.

Give some water.  Give very little water to prevent problems.  Do not allow your enclosure to become damp.  Supply water by lightly spraying substrate every 2-3 days keeping careful to not moisten too much as water will hasten a mite infestation. All water sprayed on substrate should be dry within 24 hours.  Water Gel Crystals Make Gallons of Gel for Dermestids.  Insect Safe Water Gel is preferred.  Beetles will not drown.  They will not attract mites.

Buyers Of Dermestid Beetles slowly prepare for larger skull cleaning or taxidermy projects by feeding for 30-45 days.  Buyers also supply small projects and Work up to larger projects.  Doing this should enable the colony to Work most effectively as intended.  Buyers should Try to Buy a large enough Dermestid Colony and build up to Work as needed.

To Clean a Rabbit Skull with Dermestid Beetles requires a minimum of 4,000 Beetles to effectively clean it.

Cleaning a Fox or Beaver Skull will take 8-9,000 Beetles to clean it.

When you Buy Beetles, make sure that you buy the right amount of beetles.  In your colony make sure the beetles eat flesh that is not rotten and molding.  Rotten flesh will kill your Colony.  You must remove the eyes, brains and skin and as must meat as possible with a knife before giving to beetles.

How To Buy Dermestid Colony.

Adult Dermestid Beetles Work at producing babies and concentrate on little else besides breeding and laying eggs.  The experienced hunter or taxidermist realizes that Dermestid Larvae Work to consume the most flesh/meat from a carcass. Due to the life-cycles you will have as many as 25-50 times as many Dermestid Larvae at any time than adult Dermestid Beetles.  This is perfectly normal. Our beetles are fed on a diet that consists of slightly dried to dried meat (Think slightly freezer burned rather than jerky)

We Feed our Dermestid Beetles Flesh.Due to sanitary and shipping reasons we feed a Dry Diet Prior to Shipping.

If you are still wondering Where to Buy Dermestid Beetles.  You will be glad to realize that when we ship your Beetles to you, They are packed with a dry diet of dog food and cow ears or beef lung.  We feed these items for a week or two and then ship to you. The juvenile larvae will consume this material for several weeks and during shipment.

Customers usually feed for 30 days before tackling projects.  Dry meat gets Dermestid Beetles Colony hungry for more flesh.  Dermestid Beetles Are “Hot”. Customers should feed (Only) good amounts of meat.  Beetles finish The Meat in 24 hours.  Colony owners should then slowly increase this over the course of 30 days.

Finally larger amounts or a carcass will Work. In the interim when not feeding flesh, the beetles may go on a maintenance diet consisting of some flesh interspersed with feeding dry dog food or beef/pig ears.

Additional Eggs and Larvae are in The Dermestid Beetles Bedding.  The Material is a safe wood shaving bedding. We separate beetles from bedding.  Next, we count them.  We add the bedding material back. This bedding has numerous tiny larvae (Not included in the ordered count,) as well as many eggs taken from near the food source. The bedding may have shed skins or exoskeletons and these are not dead beetles. This is normal and may serve as nourishment for the beetle larvae. No need for alarm if you view these things The Dermestid Beetles are at Work reproducing and Working for You.  So it should be clear the Best Place where to buy Dermestid Beetles

Do you sell dermestid beetles amazon?

We sell directly to consumer onsite 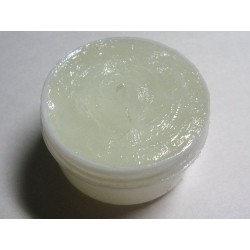 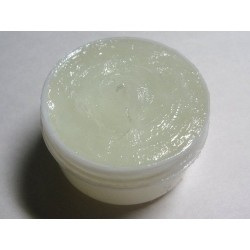 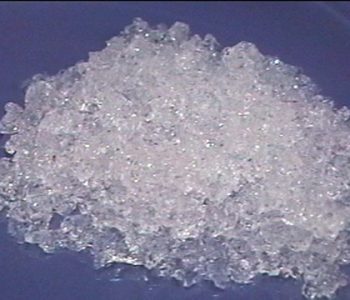